Lucie and I spent the month of August traveling around the United States, visiting with pastors, speaking at churches, and building relationships to support the work we are doing in the Czech Republic. Our goal was to grow our support base so that we can further the work that is happening not only in Liberec (our city) but all over the Czech Republic.

Our first stop was in Louisville, Kentucky.
We attended the WE Global Roundtable, where we met many people. The whole conference was
very encouraging for me because I was able to learn from the experience of individuals that have been serving on the missions field all across the world, and that have been serving for many years. 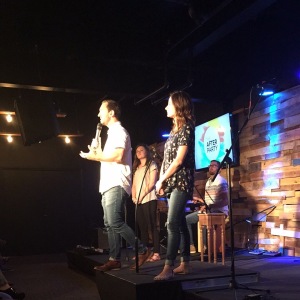 year that I moved to the Czech Republic. Being at their church and being able to share what God has been doing through my ministry in CZ was a
“full circle” moment for me; I wouldn’t have become the person I am today without their discipleship. Craig and Sarah have been a continual source of inspiration for me as they chase their dreams with God. Hope Culture is a dream church led by amazing people! 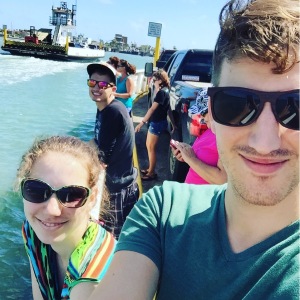 That same Sunday we flew from Louisville to Austin, where we met up with my mom. I hadn’t seen her in a few years, living in the Czech Republic and bouncing around the United States in general. It was a relaxing week for us with not too much planned; our primary focus was to spend time with family. I had some great conversation with my little brother, and I had some down time to prepare my messages that were coming up in the following weeks.

We also had a meeting with the lead pastor of Destiny Church in San Antonio, Matt Bell. That meeting was very encouraging, in many ways. Matt has never met Lucie nor me, so he had no idea what we were doing at all in the Czech Republic. We were able to talk openly about FreshPoint and the state of the Church within CZ, as well as all the things that we are involved in. Matt was very excited about the work we are doing and encouraged us so much – he even gave us pointers on how we should tell people about the amazing work that Christ is accomplishing through us. I left the meeting very excited, and I was looking forward to sharing with even more people what God is doing in people’s lives through this ministry.

Not what was expected, but much better

After saying goodbye to Texas, we went to Oklahoma. Our first stop was at Ray of Hope Church in Comanche, Oklahoma. The original plan was that I was supposed to speak Sunday night, then Lucie and I would speak together at the youth service. Life, though, doesn’t always go according to plan…

Before I get too into the story, I have to take a second to say that Kraig and Sarah Ramsey were fantastic hosts. We have had the privilege to host them twice in the Czech Republic, and I consider them great friends that have poured into my life more than they realize (it must be the “Kraig/Sarah” combination). It was so refreshing to see them (along with everyone else that was a part of the team) and to spend some time with them. The Family of God is BIG. No matter where you are in the world, it is such an amazing thing to meet with people that love and serve the same God you do.
I was so excited to speak Sunday evening at Ray of Hope. I had spent time writing a message that, I felt, presented very eloquently the work that we have been doing. I felt it was funny, well thought out, etc., etc. Evidently, God had a different idea. Due to an issue with the AC units, service was canceled for that Sunday evening. We came up with a contingency plan, but that didn’t work out as I had planned either. 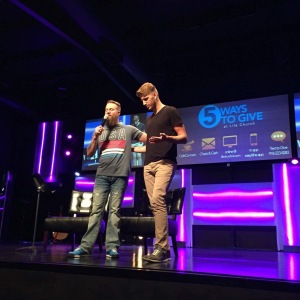 In the end, Lucie had a message ready for the youth and didn’t need me, and I had nowhere to speak. So, I decided to send Terren Anderson, the pastor of Life Church in Mcallister, OK a message asking if I could visit them for their Wednesday night service. He said yes, so I rented a car and made my way there. Lucie would meet me in McAllister the next morning after she had preached. Terren gave me a couple of minutes to speak to his congregation that Wednesday night. It was cool how Lucie and I could be in two different places, talking about the same Great God we have and multiplying or efficacy.

Going back to where it all started

Once we finished our adventure in Oklahoma, we set out for Arkansas. Arkansas was a rapid succession of events and just one complication. The first church I spoke at was Jesus Generations in Bonanza, Arkansas. This church is a cozy little church that was founded by David and Terri Oden – amazing people of God. I know David from my years in Master’s Commission (he was working for Harvest Time at the time), and it was again a very special moment for me to witness the dreams taking place for someone that I know, and for them to share in the dreams that God has placed in my life.

The next speaking engagement was at Templo de Alabanza, a Spanish-speaking church in Fort Smith, Arkansas. Speaking at this church came out of nowhere and was not planned a month in advance (like most of my other connections). I met with pastors Felix and Ali Cobos Saturday morning for breakfast, where they asked me to speak for them. What a way to test “be[ing] ready in season and out of season”! I accepted and, for the first time, spoke with a translator WITHIN the United States. That was an exciting experience for me! The church was very welcoming and passionate. I’m looking forward to speaking at the church again next summer, and this time, I plan to do to so without an interpreter!

We spent Sunday at Harvest Time Church, my “second home”. I love visiting HT; I did so much spiritual growing up within that church, and it was thanks to HT that I found where God was calling me. That Sunday at Harvest Time I visited Sheila Dyer’s Sunday morning class, which is full of so many wonderful people that I consider to be as grandparents for me. The entire class prays for me and the ministry regularly, and they often send me messages of encouragement on Facebook. If it weren’t for them, I don’t know that I would be able to have held on at the start of my mission to CZ.

That Sunday at Harvest Time, pastor Marty Sloan and Deron Freeman ordained me. Again (like so many times on this trip), it was so important and special to me, because I came to Harvest Time to gain training and experience to go into ministry. Now, after having been on the missions field for the past three years, I was being recognized as a minister of the gospel. Being ordained wasn’t important because it was a new title or a new responsibility, but I saw it more as a confirmation of what I had been doing for some time. It was a very humbling and sobering moment for me.

Sunday evening, to wrap everything up, I spoke at Victory Church in Fort, Smith. Pastor Preston Smith is, and the community at Victory are, very encouraging people. It was so much fun to speak a message that was a little more geared towards the youth, but that gave a bit of context to the verse “The Son of Man came to seek and to save that which was lost (Luke 19:10).” The night ended with the church coming and praying for Lucie and me, and for FreshPoint.

Time for a breather, and other important things

We left Arkansas to spend a few days with my family in Springfield, Missouri and to recuperate from the whirlwind visit to the Fort. We had a meeting at James River Church (amazing church to visit, if you’re ever in Springfield, MO). Also, Springfield was the location of a significant event for Lucie and me… 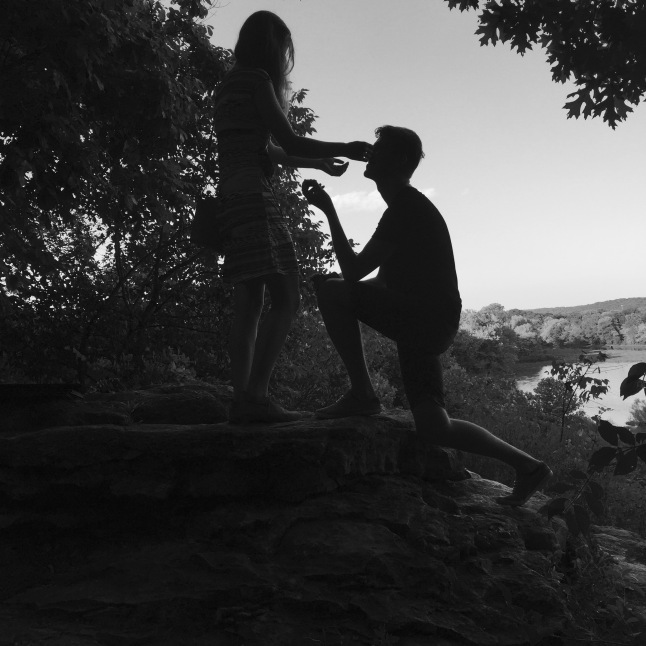 We got engaged! It ended up different than I planned (that happens a lot), but she still said yes.

Once we left Missouri, our last stop to be made was at Cross Church in Atlanta, Georgia.
I would love to write all the details that made this leg of our journey special, but that would take up so much more time. Suffice it to say that it was the icing on a very, very beautiful and delicious cake to spend our last weekend in the States with Josh and Monica Mayo at Cross Church. They have, as well, been a huge inspiration to my walk with Christ and my pursuit of the dreams that God has given me. The church took such good care of us and made sure to show us how much they value what we are doing.

After this whole trip, it was so hard for me to get back on the plane to go back to the Czech Republic. It wasn’t difficult because I didn’t want to go back, but more because of all the love that was shown to us… I knew that I wouldn’t see so many of these phenomenal people for at least another year, and I just wanted to have a few more moments.

At the same time, though, I was so looking forward to getting back to Czech. After speaking on the work that has been accomplished and praying over the ministry that is taking place, I felt God giving me more dreams and more vision for the future, and I am so excited to see it the fruit that will come of it.

So, in short, so much has happened, yet there is so much to look forward to. I believe that God has special plans for this ministry and this little country. I’m so humbled, thankful, and blessed to be a part of what God is doing here. The future is bright, and God’s kingdom is undeniably expanding.

Thank you, all of you that have played a role in making the ministry here possible. Without you, we wouldn’t have anything to write home about. Thank you, all of you that have been praying for us. Without you, we would not have operated in wisdom, nor would we have received the vision necessary to carry out such a work. Please continue to pray for us, that in all that we do, may we glorify God.

To learn more about partnering with Justin and FreshPoint, visit the Give page.
Join 321 other subscribers