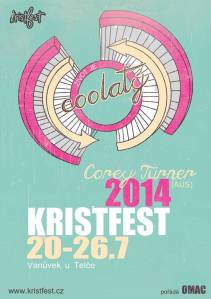 So I got to Kristfest, and I found out that I was not going to be the only American there. What wonderful news! I was looking forward to meet the other Americans, but I was also a little “iffy” about it, because sometimes Americans can be a little high-maintenance. I soon found out how high-maintenance Jason was! (Just kidding, Jason! You know I love you!)

But really, it was great getting to meet the Ignite team – incredibly great, really.

Just to rewind for a moment, living in Czech has been a dream come true. As a missionary, you get to see a lot of things, come to know a lot of people, and really see lives changed. I have known for a long time of the call of God on my life to be a missionary, but in the waiting period it felt like God kind of forgot about me. Moving here reaffirmed in me that God didn’t forget about me, and that he wants to do big things, even with a person like me.

Being on the mission’s field has a price, though. Part of that price, for me, is being so far from my family. Just a week before Kristfest, I came back from visiting my family back in America. My family isn’t perfect by any means, but we love each other. Actually, we have been through so much together, and we have formed some deep bonds through all of the trials we’ve faced together. Being in America was wonderful, but leaving never gets easier. In fact, just the opposite, it gets harder and harder to leave my family behind.

Fast-forwarding back to Kristfest, the Ignite team couldn’t have known how I felt, or what it was like for me. I did the ministry thing and let there be “less of me and more of [Jesus],” and that was the attitude I had throughout Kristfest. No matter how I felt, I know that God has me here, and I will follow him, despite how hard it might feel at the moment.

Getting to know them was so easy; we all just clicked. Looking back, it was a nice “half step” to getting back into the groove of things here. The team was so accepting and so encouraging. We didn’t do anything particularly spiritual together – we just acted like “home”. We had fun, laughed at each other, got sick together, played card games and totally freaked out some Slovaks that have no idea what it means to have a good ol’, American time together. (Seriously, that night I think we laughed so loud the entire camp heard us!)

It’s worth mentioning that God obviously had some plans for all of us meeting. One night while we were praying for other people, we ended up getting prayed for and prophesied over by Corey, the speaker from Australia that preached that night. Corey started praying first for Ian, and as we saw that we kind of all gather together to pray for Ian at the same time as Corey. I didn’t hear much of anything that was said to Ian, but I felt the presence of God. Then Corey moved to Jason, so naturally I moved behind Jason to pray for him as well. I wasn’t planning to have Corey pray for me, though. Honestly, I don’t consider myself very important when it comes to response time after a preaching. I usually have the focus of praying for other people who need God to touch their lives.

As I was praying for Jason, Corey reaches right over him to prophesy some things to me as well. The crazy thing is that the prophecy was for both Jason and myself. One of the things that stuck out to me was when Corey said, “You aren’t meant to just be in the background.”

That sentence got to me; it opened my mind to how narrowly I look at the plan of God. I see myself in the Czech Republic and I see that he has me working with a local church in a city in the north. That’s a great honor, but it isn’t something “glamorous” to me. That’s totally fine; I don’t need the glamour or the fame – I just want to serve him. In fact, I love serving in general; I’ll do whatever I can to help and serve someone else. Where I was off, though, was that God has so much more in store. He wants to start a movement in the Czech Republic, and he brought me here to be a part of that.

It is amazing how God speaks during times like that. If Corey had just been praying for Jason at that moment, I could totally understand it. Of course Jason isn’t meant to stay in the background. Of course he is meant to be a key part in touching this nation and influencing the Body of Christ in this country. Even the least spiritually sensitive person can glean that information just from talking to him about Czech.

God wanted to remind me, though, that he has a greater reason for me to be here. The things he has called me to do and he has gifted me in will be put to use, and it will further his kingdom. Essentially, God was putting a challenge to me, and that challenge is to trust his purpose in my life. It’s not always easy, and the cost is often high, but following the call is always worth it.

Throughout the entire week, the Holy Spirit kept bringing the verse from Mark 10:29-31 to my mind.

Jesus said, “Truly I say to you, there is no one who has left house or brothers or sisters or mother or father or children or lands, for my sake and for the gospel, who will not receive a hundredfold now in this time, houses and brothers and sisters and mothers and children and lands, with persecutions, and in the age to come eternal life. But many who are first will be last, and the last first.” (ESV)

After Kristfest, I went to Prague to spend as much time as I could with my new friends. When it came time for me to leave, Jason gathered the team together to pray for me. That was a second blessing, because it was so good to be looked at and have the value in me called out once again by people I had only just met. Not only did they bless me with their prayers, but they also reaffirmed (yet again) the things that God has been speaking to me for years.

So, I’ve never been to Ignite, and I have no idea where Monmouth, Illinois is, but I know that God is doing some great things in that place. The team that came was so wonderful, and I am so proud to be able to say that I met them. I’m so proud to know that we are all a part of the same family, and that God is uniting his children in amazing ways to encourage, lift up and to call out the potential he has placed inside of each one of us.

I just want to leave you all with this one thought: No matter where you are in life, and no matter what you are feeling, God wants you to know that he has a purpose and a plan for you. You are not forgotten, but you are loved, and with him, you are a part of something far greater than yourself.

[I was asked to write this post by Jason Vana.  If you don’t know this guy, you should check out his blog, and also check out Ian Smith and the Ignite campus ministry here.  Also, Corey Turner is an amazing man of God and an incredible speaker.  Be sure to check out what all he is up to on his website.]

One thought on “Thoughts from Kristfest and my encounter with Ignite”

To learn more about partnering with Justin and FreshPoint, visit the Give page.